Sean Brady to address mine automation irony in Perth 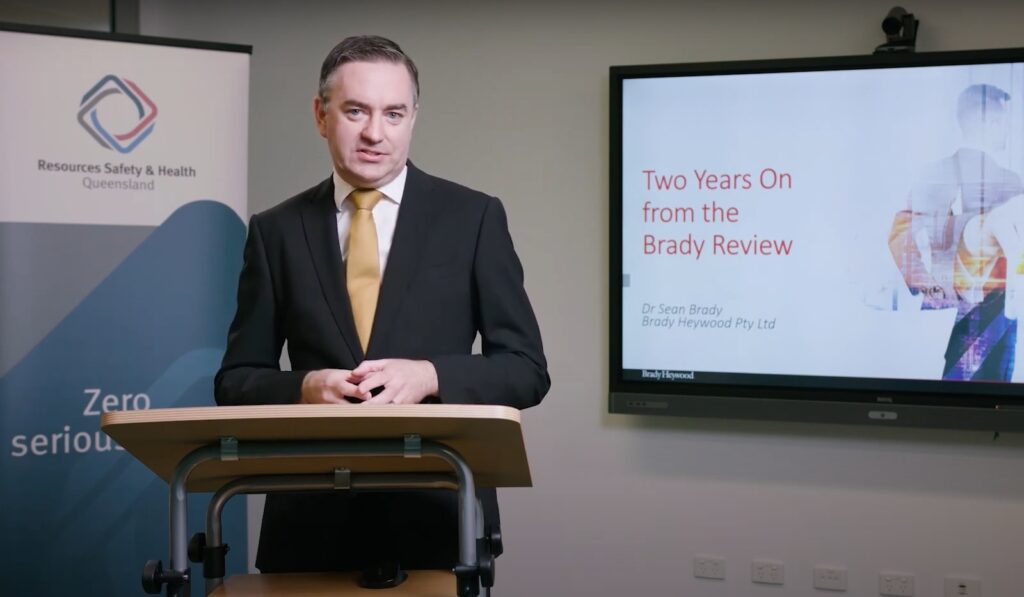 Since he started talking about the “ironies of automation” to mining audiences four years ago, Sean Brady has had the chance to dig more deeply than most into the systems and processes driving the industry’s operational performance. Automation is “not a silver bullet” for mining, the author of arguably Australia’s most extensive mine safety review will expound at the upcoming AusIMM Open Pit Operators Conference in Perth.

“I think the belief it’s a silver bullet is alive and well, and you’ve got to be really careful about this assumption,” Brady told InvestMETS ahead of the June 21-22 conference. He is among the keynote speakers at what will be the 10th edition of the international event delayed for a year by government COVID protocols.

“Automation, rather than removing the prospect of failure, typically creates new and different pathways for success and failure. We humans and organisations are typically not very good at dealing with these new pathways because we assume the automation always makes things safer; it doesn’t make mistakes like we humans do.

“And the closer you get to 100% automation, the more dangerous it can become because you still have people in the system. But because everyone is assuming the system is safer, complacency can lead to real danger.

“And these sorts of issues have been seen in other industries.

“When the mining industry is trying to work out how it should approach automation, it’s important to remember that other industries have done this before – they’ve trodden the same path. So mining should learn what it can from these industries.”

Brady, who headed the 2019 Brady Review of all fatal accidents in Queensland mines and quarries over two decades from 2000, was a guest speaker last month at Resources Safety and Health Queensland’s annual Industry Leaders’ Briefing. He reviewed progress in the Queensland mining industry in the two years since penning the 11 core recommendations in the 321-page review, focusing in particular on headway made towards the adoption of high-reliability organisation (HRO) principles Brady sees as the real key to better safety outcomes in mining, regardless of how it uses technology in future.

“The big problem with introducing technology is that most people don’t think they’re fundamentally changing the system, but they are,” he said.

“It’s useful to step back and look at how we go about automation.

“This approach is called function allocation by substitution.

“But this approach doesn’t work as well as we think, and this is referred to as the substitution myth. The reason it’s a myth is because when you go and ask people how they do their job – so that you can then automate it – the way people tell you they do their job is not actually how they do the job. In the course of their normal work, people are dealing with unexpected interactions and outside influences that they need to cope with and take into account. But they don’t typically tell you these when you ask. Then, when you automate their job based on what they told you, you discover that automation doesn’t work because it doesn’t take into account these interactions.

“People then don’t usually come back to you and say the software or the hardware change that you’ve made didn’t work, they usually live with it. And even if they do raise it, management usually says, this automation project is too far advanced to change from a technical point of view, so we’re going to update the manuals to ensure you can better manage the deficiencies we’ve introduced into the system.

“What usually happens then is that people get told, make it work.

“And people are usually good at making it work. But that’s the issue. They end up having to rejig everything they do to make this piece of software or piece of automation work the way it was designed to work. This is what fundamentally changes the system, even when you don’t think you are making changes.

“For all the benefits you get, this is the negative. But organisations often hold the view that this negative doesn’t happen.”

Brady said having an operator watching over an automated production line or system, and potentially being required to intervene if something goes wrong, had proven problematic in a range of industries.

“If you look at automation failures from power stations, to mines, to medicine, they’re similar in nature, because it’s the people and the organisational piece that remains the same regardless of the profession we’re in.

“Each profession, when something bad happens technically, is good at asking why did that go wrong? Whether it’s in an operating room in a hospital, or in a mine. But most industries are not good at saying, what are the organisational learnings from this incident? And if you can capture these organisational learnings and implement them, that’s where you get real change.

“Those conversations I don’t see often happening in mining.

*Dr Sean Brady will talk about ‘The ironies of automation” at the 2022 AusIMM Open Pit Operators Conference on June 21, 2022.