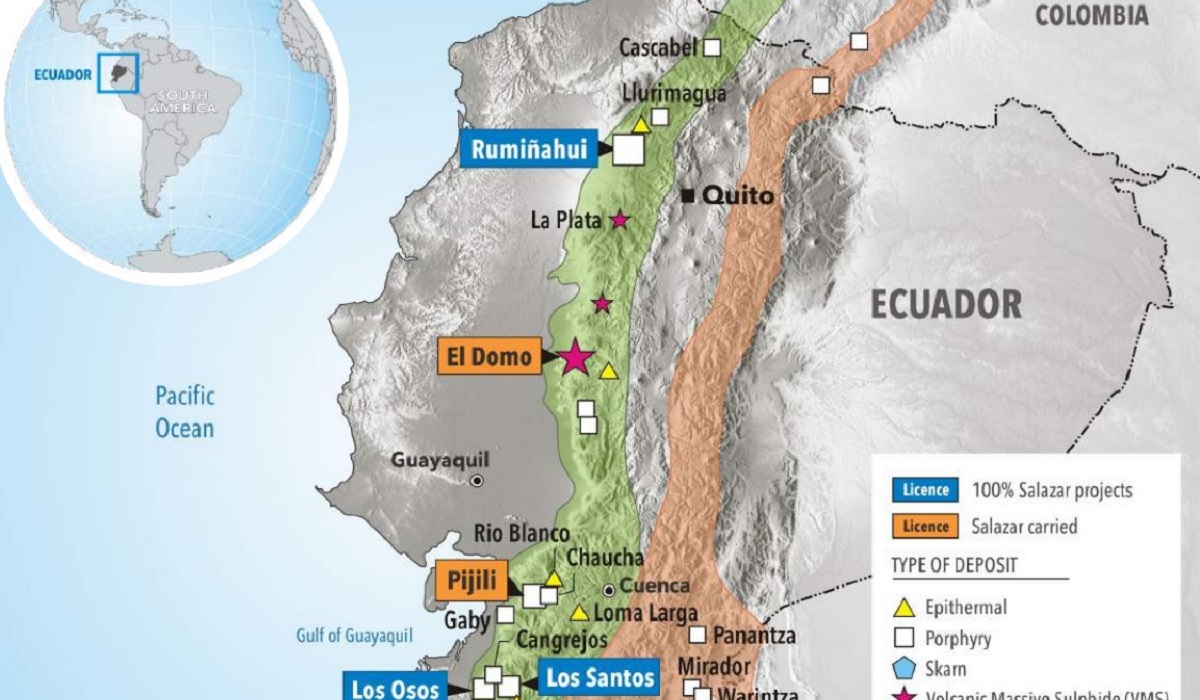 Privately-owned Stracon SA and Ecuador’s Ripconciv Civil Constructions expect to be confirmed in Q4 as builders of the proposed US$250 million El Domo-Curipamba copper-gold openpit mine and infrastructure in Ecuador, whose owners are targeting a 2025 production start.

Toronto-listed Adventus Mining Corporation, which owns 75% of El Domo-Curipamba, and partner Salazar Resources, said this week a letter of intent was signed with the Stracon-Ripconciv JV for the award of a mining and construction contract by the end of 2022.

The El Domo-Curipamba “alliance-partnership model” will see the Stracon-Ripconciv JV establish the openpit, tailings storage facilities (TSF) and associated mine infrastructure, and complete the first two years of mining.

The company is also spending US$8 million to advance work on an underground mining feasibility study.

Last month it announced an offtake financing agreement with Trafigura that kicked in $55m towards El Domo-Curipamba’s development and brought the total amount of project finance secured to $236m. Adventus said it was looking to add a $40m debt facility as a “future cash buffer”.

The JV owners want to formally start construction of the project in the June quarter next year.

A contract for detailed engineering and design of the TSF, waste rock facilities and associated infrastructure was recently awarded to engineering firm Klohn Crippen Berger (KCB), with that work expected to wrap up in the upcoming March quarter.

Preliminary work by KCB this year on waste pre-stripping resulted in about 3Mt of waste rock being removed from the mining schedule. Adventus said an updated mine plan due this month would be used by Stracon-Ripconciv to finalise equipment selection and labour planning.