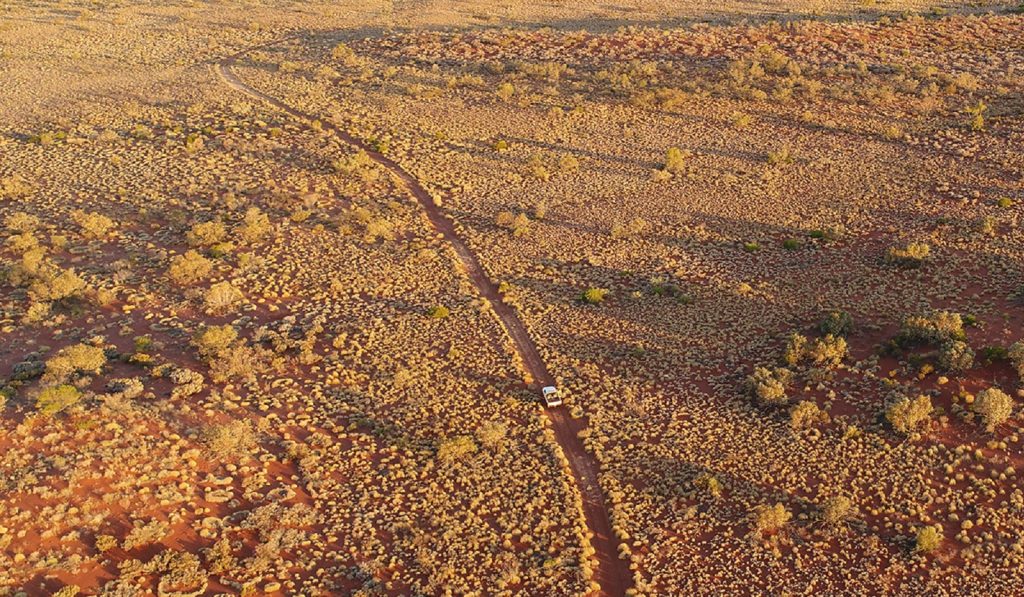 Pipeline
Top image :
OZ Minerals' West Musgrave FID has nickel-copper project on the road to production in 2025
‘It is expected that significant technology advancements will be made over the next decade’

OZ Minerals will look to “significant technology advancements … over the next decade” to help it achieve its 2038 net zero scope 1 emissions target for the A$1.7 billion (US$1.1b) West Musgrave nickel-copper project formally approved this week and set to become one of the world’s major greenfield opencut metal mines by 2025.

Australia-based OZ, focus of a A$8.4b takeover bid by major BHP, said its feasibility study and final investment decision (FID) was based on a larger-scale plant (13.5 million tonnes per annum), higher-volume mining (circa-75Mtpa life-of-mine) operation compressing the forecast nominal A$10b of metal output into a 24-year mine life.

The proposed mine is in the remote West Musgrave Ranges of Western Australia, near the intersection of the borders of WA, South Australia and Northern Territory.

The company said it had entered into credit-approved commitment letters with banks for a new A$1.2b, 18-month project development loan and was talking to potential strategic project partners.

Site mobilisation is planned to start next month. 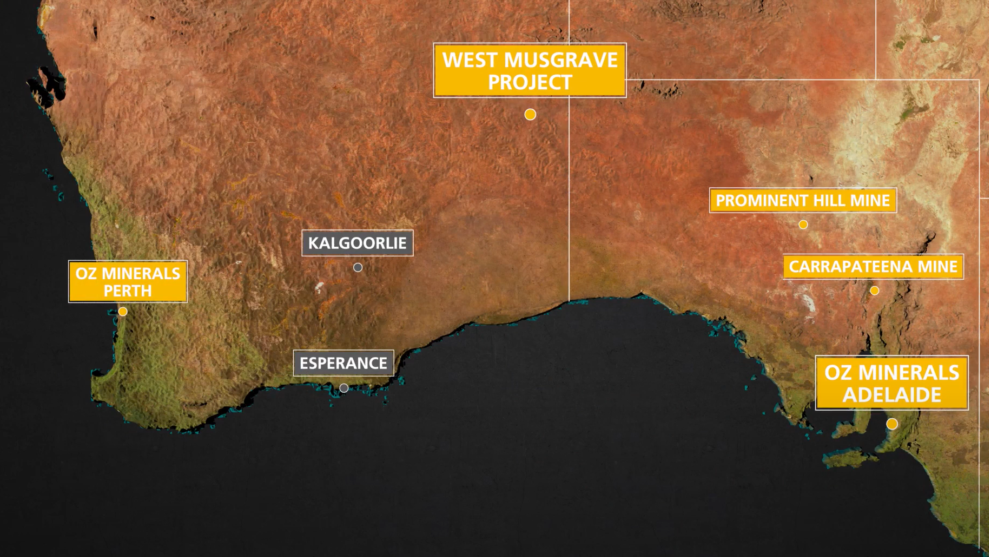 OZ says modelling of c80% renewable penetration from “one of the world’s largest, off-grid hybrid projects” – a 50MW facility channelling about 90MW of wind and 60MW solar generation capacity, with battery storage and diesel thermal base-load power – underpins its ability to initially achieve scope 1 emissions intensity of 1.3 tonnes CO2-equivalent per tonne of copper-equivalent produced, and land in “the lowest emission intensity quartile among global nickel producers”.

Mine haul trucks (c30%) and other heavy vehicles and ancillaries such as graders and loaders (c30%) produce most of the balance, with up to 2% from explosives and light vehicles.

Earlier West Musgrave mine planning and studies revolved around the 220-tonne-payload class of mine trucks that are the focus of manufacturers’ efforts to fast-track a shift to non-diesel powertrains.

“The pathway is aligned with the potential transition to an electric haulage fleet at the first engine change out, together with exploring other initiatives to reduce diesel and the application of offsets,” it said.

“During the life of the operation all economically viable options to achieve net zero scope 1 emissions ahead of 2038 will be explored.

“It is expected that significant technology advancements will be made over the next decade and leveraging partnerships will be key to achieving our net zero scope 1 target.

“The team will continue to work with our partners on scope 3 emissions reduction. [The project] as currently proposed is not expected to produce any scope 2 emissions.”

OZ is budgeting for about A$250m of post-production (start-up) mining fleet growth capital.

OZ said the A$600m increase in West Musgrave’s start-up capex, versus its December 2020 prefeasibility study, could be put down to “the inflationary environment, along with scope change and design definition”.

Compared with the PFS, the proposed bigger plant is expected to cost about A$600m versus $340m for the 12Mtpa version, with $220m budgeted now for “project execution” ($140m previously). Owner costs jumped to $280m from $80m, with OZ saying about $110m of the owner-cost shift was due to “increased definition of project headcount and a longer construction duration”, while $130m of the overall increase came from “equipment, materials and labour cost escalation”.

The FS factors owner mining from day one, instead of contractor use in the first five years, though OZ says proposed leasing of a fully autonomous mining fleet and the operation’s Living Hub site village removes an estimated $270m and $100m, respectively, in direct capital investment.

The company says ASX-listed GR Engineering Services will deliver the West Musgrave plant, featuring “vertical roller mills [that] will deliver a paradigm shift in minerals processing” and c20% lower power use. “The application of the VRM technology has been peer-reviewed for the [project] by independent experts and has been de-risked through pilot test work campaigns,” OZ said.

It said long-lead plant and equipment had been secured and “production slots and contract partners have been identified for 80% of the material contracts”.

OZ’s FS modelled mining cost is down from $11.40/t previously to $10.30/t, while projected processing costs have edged up to $13.60/t from $13.30/t. General and administrative (G&A) costs have doubled to c$3/t “due to increased definition of costs, the commercial packaging of the Living Hub and inclusion of a carbon cost”.

OZ is anticipating a C1 cost of about US50c/lb of payable nickel (net of by-product credit) and negative US$1.10/lb net payable for copper.

OZ said the proposed fly-in-fly-out operation’s 350-room “Living Hub” camp, serviced by a purpose-built aerodrome and featuring mod cons such as a pool, 2km running track, library, yoga space and a gaming centre, would be complemented by remote operations centre (ROC) hubs in Perth and Adelaide.

Mining of the Nebo and Babel deposits originally found by WMC Resources in 2000, ahead of WMC’s acquisition by BHP in 2005, is expected to go to depths of c520m to exploit current ore reserves totalling 270Mt grading an average 0.31% nickel and 0.34% copper.