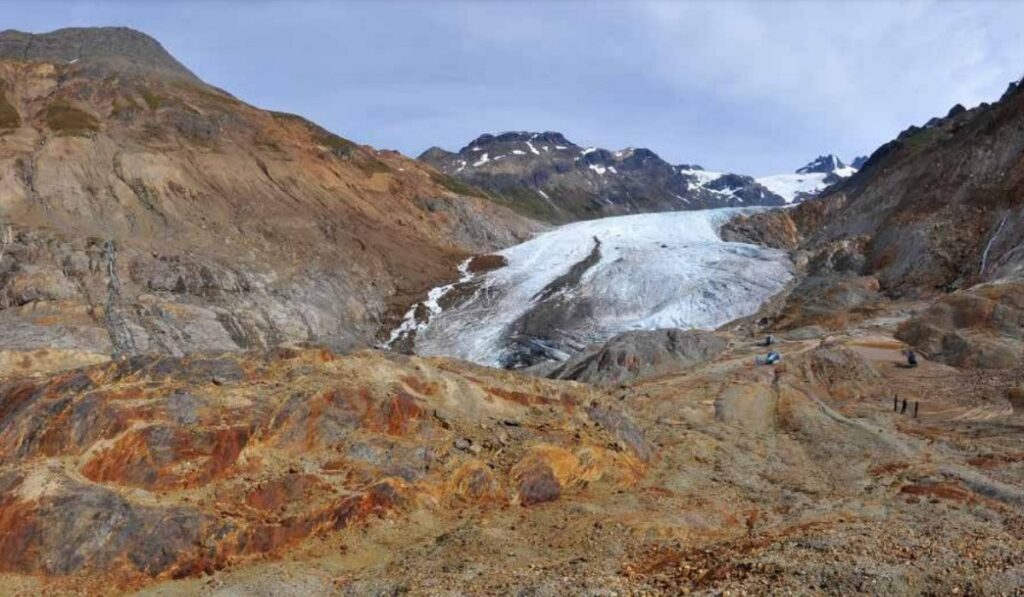 Rudi Fronk, CEO of Canada’s Seabridge Gold, says the company has redesigned the proposed US$6.4 billion KSM gold-copper project in northern British Columbia “for an inflationary environment”, ditching “capital-intensive block cave mining” and opting for a 50% bigger mill, in a rewrite of its 2016 prefeasibility study.

The Toronto and New York-listed company, which has a current market value of about US$1.07 billion, says it has cut sustaining capital from its earlier plan with long-term deferment of underground development, but lifted upfront capex by $1.4 billion “primarily due to inflation”.

Its revised initial capex number doesn’t include road and power infrastructure spending to occur before any sign-off on major project construction. Seabridge has until July 2026 to show it’s “substantially started” on KSM under its BC Environmental Assessment (EA) certificate, first issued back in 2014 and since extended several times. It announced US$225 million in silver stream funding from Sprott Royalties and Ontario Teachers Pension Plan earlier this year to advance the early project work.

It also signed an agreement with BC Hydro in March to connect a planned 30km-long, 287KV transmission line to the provincial power grid, slated for late 2024.

Seabridge’s all-openpit plan focused on the Mitchell, East Mitchell and Sulphurets deposits – with reserves containing more than 47 million ounces of gold, 7.3 billion pounds of copper, 160Moz of silver and 385Mlb of molybdenum – leaves out for now the major Kerr and Iron Cap deposits that were to figure centrally as underground producers, but also higher-strip opencuts. Seabridge added East Mitchell with its circa-US$100m acquisition of Pretium Resources’ adjacent Snowfield ground in 2020.

Seabridge says it will cut the overall “environmental footprint” of the KSM project by backfilling the main Mitchell openpit after year 25 of the initial planned 33-year mine with waste from the East Mitchell pit and some waste rehandled from the central Mitchell tailings storage facility. Its new blueprint omits the larger McTagg (upstream) tailings facility in the 2016 PFS.

Seabridge hopes to plug a trolley-assist, electric ultra-class mining fleet into BC’s hydro power network. It said it aimed to employ autonomous mine operations “where applicable … and an integrated remote operations centre [to] reduce on-site personnel”.

Its plan to average significantly higher annual gold output of more than 1Moz at AISC of US$601/oz (after copper, silver and moly credits) from a circa-70Mtpa conventional milling and flotation plant is said to deliver payback in 3.7 years and an after-tax NPV (5% discount rate) of $7.9 billion, more than 400% higher than the 2016 PFS. US-based engineering and consulting firm Tetra-Tech produced both studies.

“The themes for this PFS are capital and energy efficiency,” said Fronk.

“The mine plan is simplified to bring total capital down below 2016 estimates despite inflation by reducing sustaining capital. We have accomplished this by eliminating underground mine development which is deferred to future years.

“Important steps have also been taken to make the project less dependent on oil, especially diesel fuel, which is an inflationary hot spot and likely to remain so. We have done this by maximising the use of low cost, green hydroelectric energy.”

Seabridge said analysis of separate development of the “copper-rich” Kerr and Iron Cap deposits would be included as a preliminary economic assessment (PEA) in the NI 43-101 technical report it expected to file in the next 45 days.

The company also owns 100% of the Iskut, Courageous Lake and 3 Aces gold projects in Canada, and the Snowstorm gold project in northern Nevada, USA.

Fronk co-founded Seabridge in 1999 and has been CEO since that time.