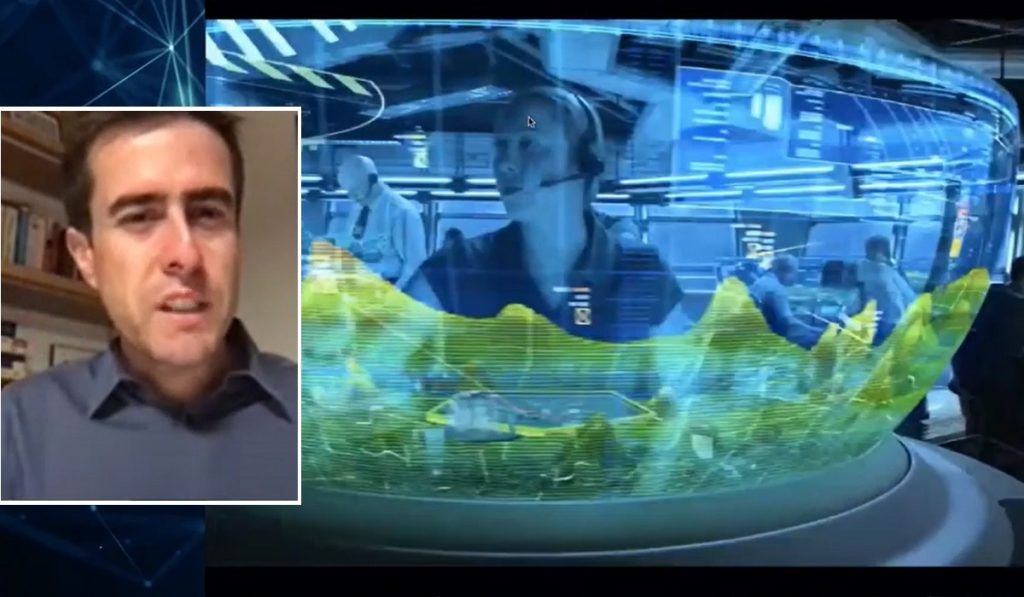 Leaders
Top image :
TIMining CEO Nicolas Jubera on a webinar. Image: ReedMiningEvents TV
‘What we do is important … Why we do it is even more important’

Nicolas Jubera can’t recruit people to his cause fast enough. First, the competition for software engineers and data scientists is fierce. Secondly, mining is on the nose with a lot of young people. He hopes technology companies like his can be a big part of the solution to the latter problem.

Jubera joined software engineer and TIMining founder Carlo Calderon Becerra at the Santiago-based company in 2017, buying a majority share of the business and becoming its CEO. Calderon remains onboard as chief technology officer. The company was established on the back of mining geotechnical software but is now achieving rapid growth with its highly visually-driven operations management tool, TIMA.

InvestMETS recently reported that TIMining had increased its workforce by over 30% to more than 100 people in the past year. It has established an impressive Americas client base and is looking to add to that in other key markets such as Australia. Jubera, who recently closed a second significant private equity funding round, was in Sydney recently for the IMARC conference.

“With that [investment] we want to increase our market position – getting the company known and getting sales representatives in the different regions,” he told InvestMETS.

“We think [TIMA] can become a new category. We’re gaining adoption by the innovators, but we are still a nice-to-have – a bit like fleet management systems a few years ago. But if you want to have remote operations and distributed talent and a more digital way of operating, you’re going to need this. So establishing that as a category is something that we want.

“If there are more players in the space it’s fine ... but we’re pushing things forward.

“One challenge the industry has, where digital has a big role, is full system autonomy because really now we have trucks with autopilot, but the system is not making decisions simultaneously. So one day, I don’t know, maybe in 200 years, it will be fully autonomous.”

Jubera’s tongue-in-cheek comment about the speed of digital change in mining versus other industries belies his conviction that, with the right amount of application, some resource owners can transform what is happening above the ground quickly.