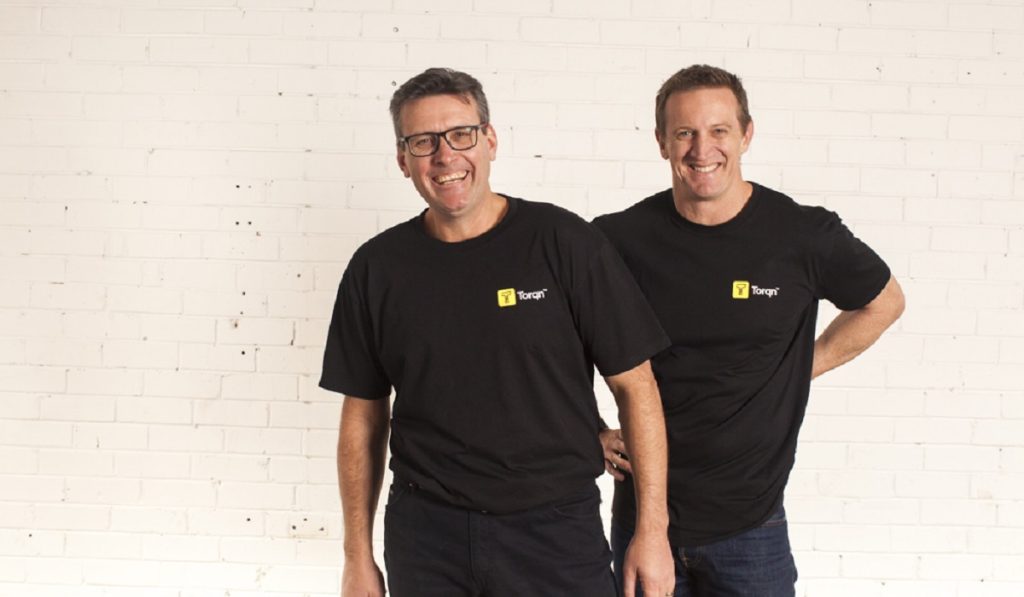 A mechanical engineer and former senior leader in the Australian coal industry says a library of more than 3200 mining machines on a new app can drive vital communication in the industry and ultimately create attractive revenue opportunities for start-up, Torqn.

Founder and CEO Troy McDonald says seeking critical safety, maintenance and other advice on multi-million-dollar mining vehicles can be like searching for the proverbial needle in a haystack.

New Torqn subscribers can tailor their user profiles to plug them into live information feeds linked to equipment they are working on or with, or have nominated. Initially, the feeds will be dominated by Australia-based user insights. But McDonald doesn’t see a similar platform anywhere else in the world and has trademarked the Torqn brand in nine countries in anticipation of future expansion.

He believes Torqn’s equipment-driven profile and search differentiator, and the design smarts behind the platform, can help the start-up enterprise build a social media channel with up to 60,000 early mining users and perhaps many times that number of future farming, forestry, construction, aviation and other sector community members.

A bunch of early investors are backing him and a former mining colleague, Brett Baker, to make a go of it. Torqn has raised A$3 million of private funding and McDonald says 2023 shapes as a time of heavy marketing and audience engagement.

“We’ve got a fair bit of marketing collateral that we’ve developed over the last six months ready to go for next year,” he told InvestMETS ahead of the formal launch of the Torqn app.

“We came up with a concept for Torqn about 18 months ago. I brought Brett on as the other major shareholder. He and I kicked seed funding in. We did all the prototype development and we set up the company; we put a shareholders’ agreement together and then we went out … last May and started the capital raise.

“Most of our investors are ex-executives and asset managers at large mining companies, both iron ore and coal. There are a couple of high net-worths out of the agricultural sector as well.

“I think I was fortunate doing the capital raise right through the middle of COVID because there were a lot of people with money sitting around with nothing to do and they were easy to contact and get on line.”

McDonald spent about 5.5 years as a senior manager at BHP before its South32 split, when he became president of the latter’s Illawarra Coal business. When he left he took on the CEO role at Wollongong-based engineering services company, Project Portfolio Management, which has more than doubled in size in the past six or so years.

“We’ve got clients right around Australia and as I was travelling around I was seeing [in mining and other sectors) how very narrow the information sharing is across the industry, including in relation to plant and equipment, and safety information.

“If I want to go and buy a Dyson vacuum cleaner I can get 5000 reviews on something that might cost $1000. I go and buy a $10 million dump truck and I can’t find anything.

“We did about three months of research trying to find out what was out there. And to be quite honest, we couldn’t find anything that was even close to [Torqn]. It’s a combination of a LinkedIn, from a social networking point of view, a product review site where you can go and see information from real users, and also Whirlpool Forums, which is a problem-solving platform.

“We couldn’t find anything that aggregated all those things in the way that we’ve done it on the platform.”

Through his own industry knowledge as well as discussions with miners and equipment manufacturers, McDonald sees a number of potential subscription-based products that can be conceived on the back of a high level of market penetration and engagement.

The app is set up to capture various equipment-related trends, alerts and other valuable insights from data provided by users – by region, machine type, commodity and sector – and there is said to be interest from different groups in tailored dashboards and the like. Advertising is another option down the track.

“Without users on the platform we haven’t got anything, so our primary goal has been developing the product and the features that ensure the users always have a reason to come back,” McDonald says.

“We had a couple of mining companies interested in coming on board earlier as a landmark investor, but we were a little bit reluctant to either have a manufacturer or a single miner with a significant shareholding because we wanted the flexibility to pivot across into aviation, forestry, construction, agriculture, etc.

“The agriculture market in Australia is about 10 times as big as the mining sector in regards to people that are actively employed. Those guys are remote, they’ve got no support from the OEM, they’ve got one or two tractors and a couple of harvesters, and they can never get help. They could come onto our platform and be connected worldwide with people who’ve got the same kit as them.

“At the moment the platform is configured for mining.

“Users can follow, and unfollow, equipment in a current library of 3320 items.

“People are asked when they sign in, where they’re located … and the reason that’s important is because if there is a Western Australian legislation update, we can, or the regulator can, shoot that straight into that jurisdiction; it comes as an alert. If it’s an Australian standard they can publish across the whole industry within Australia as well.

“So there is some functionality around that.

“Then if you want to see safety information you can see what’s been posted about individual equipment that’s specific and relevant to your industry.

“A general user can post about operating equipment, problems they’ve got, improvements or safety, and they have to actually tag their post to a piece of equipment.

“The whole business model is the data analytics associated with the plant and equipment.

“In future, your profile might have you working on mobile equipment in iron ore, but then you’ve got a jet ski, you’ve got a motorbike, a Ford Ranger and a caravan; you can bring that equipment in and then all the content that you see in your feed is absolutely relevant for you as the person.

“That’s a fair way down the track.”