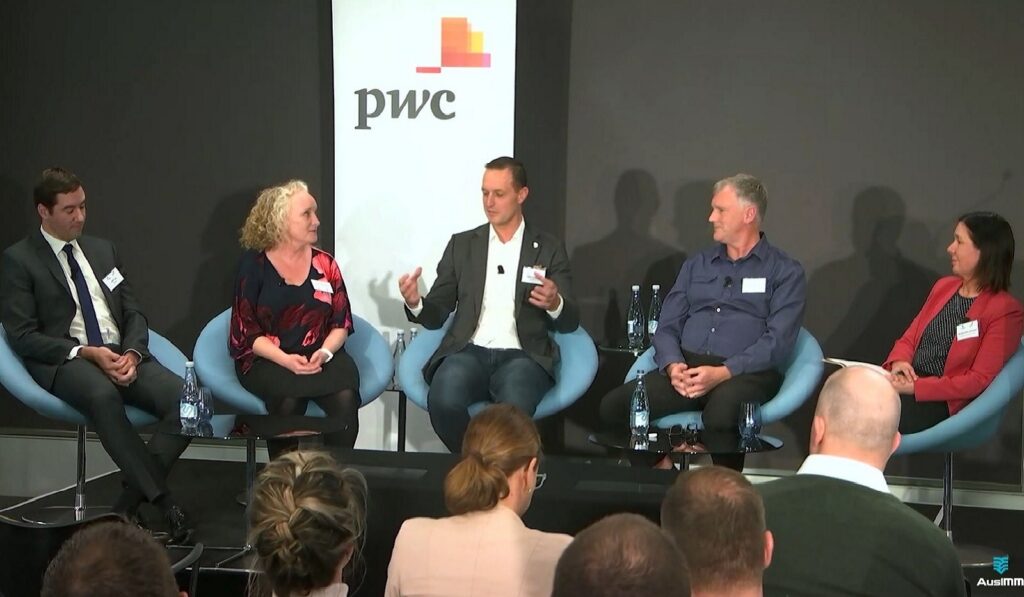 Existing technologies need to be adopted now to drive “revolutionary, not evolutionary” change if the mining industry is to meet its ambitious carbon reduction targets in the near and longer term, an AusIMM discussion on ‘greener mining’ has heard.

Standard mining technology development and adoption cycles were too long to expect new innovations to radically impact industry emission profiles by 2030, 2040 or even 2050, a panel of experts said.

“We have to act now and the technology has to exist,” panellist and Metallurgical Systems managing director John Vagenas said.

“The minerals processing industry is doing a lot of things to reduce carbon emissions but if we are being asked to make more and more things more and more, aren’t we just shooting ourselves in the foot?

“It’s about what existing technologies are out there for energy [reduction] because over 10 years we probably won’t be able to invent something new at a large scale so we have to use what we have.”

Vagenas, who founded Sydney-based Metallurgical Systems in 2010 to “improve transparency, efficiency and compliance in the metallurgy sector”, said the gap between a new idea and successful commercialisation was a major hurdle for technology start-ups. He said the industry needed to look for answers on a large scale to make significant changes.

“When it comes to a lot of the emissions reporting, if we look at what the science tells us, we are a day late and a penny short,” he said.

CEO of the Australian Aluminium Council Marghanita Johnson, who moderated the four-person panel, said miners had to abandon a traditional “first to be second” stance on adopting new technology to drive rapid change.

Wayne McFaull, regional program lead for Fortescue Future Industries, said the industry was at a point where “tweaks aren’t enough”.

“In my position, I say we have to do something bigger than that.

“I think we are past the point of tweaks. The best place to save emissions is not to emit. And take the next step to find alternate energy sources.

“To lead rather than follow seems to be growing momentum so it will be really interesting to see what the next 10 years brings.”

Matt Pyle, director technical solutions at Ausenco, highlighted the potential for the industry to make considerably more from what it had already at its disposal.

He cited Newcrest Mining’s use of pneumatically assisted fluidised bed flotation cells to boost gold-copper ore grind size, and ultimately recovery, without increasing power use, at the giant Cadia gold-copper mine in New South Wales.

The technology was invented more than 20 years ago.

“The technology itself is pretty simple,” Pyle said.

“There are a number of manufacturers [thinking] along similar themes, but even convincing people that this technology exists [is not easy]. It’s only been put into a few sites in the last few years because so few people know about it … there’s still a huge reluctance to commit high-risk capital projects with the new approach.”

“We need to do a bit of everything and I think the analogy [we heard here] around the music technology that developed in the late 1990s and early 2000s [was a good one].

“We are at the point of finding out which ones are going to rise to the top.

“In the meantime, we need to try all of them.”