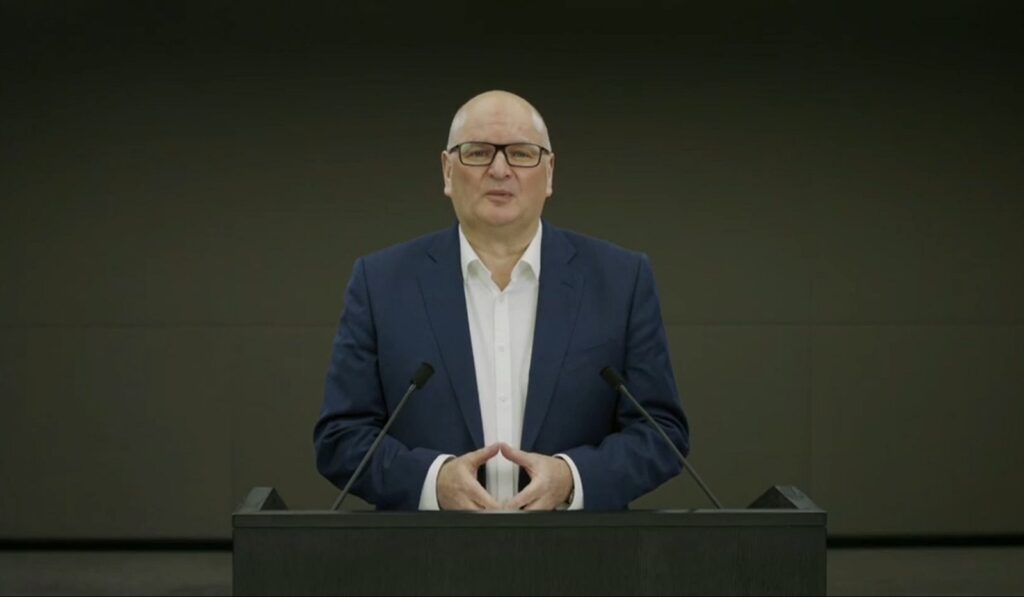 Weir Group CEO Jon Stanton says a potential threefold expansion of the equipment manufacturer’s £150 million-per-annum high-pressure grinding roll (HPGR) comminution business over the next five years is indicative of the opportunities on offer in a mining market he maintains is undergoing fundamental change in response to powerful macro trends.

While he hopes “the big macro thing we … all worry about” – possible runaway commodity prices resulting in demand destruction and stagflation – is not a scenario that unfolds in the wake of Russia’s invasion of Ukraine, Stanton says demand for copper, nickel, lithium and other “essential resources” needed to build new energy infrastructure and help the world meet decarbonisation ambitions should significantly increase investment in mining and mineral processing hardware and new technology over the next decade.

Speaking at Weir’s fourth-quarter and FY21 results briefing, Stanton said unlike in previous major phases of new investment in brownfield and greenfield minerals production, the mining industry was coming under real pressure to be “smarter” about how it used energy, water and people as investor, societal and government scrutiny of its environmental, social and governance performance intensified.

“Demand for metals will continue to increase with demographic drivers, but these factors have now been overtaken by expected demand from the clean energy transition,” he said.

“At the same time there is a technology shift in mining as the industry grapples with the ongoing challenge of ore grade declines, meaning more material has to be mined and processed, while keeping safety as a top priority, and also while responding to pressure to decarbonise and reduce energy and water intensity.

“Without a reduced environmental impact our customers will not have the social licence to operate.

“So the challenge is two-fold. More essential resources are needed to meet the levels of electrification and renewable power generation required to get to net zero, but the way those resources are produced must significantly change. And that’s why mining needs to become smarter, more efficient and sustainable, and this presents Weir with tremendous opportunities as we leverage our leading market positions and global footprint, all of which plays right to the core of our organisation’s purpose.”

Glasgow-based, London-listed Weir is describing itself as a “pure mining technology play” though it still makes most of its money selling and servicing mineral processing plant and equipment, and earthmoving machine parts. Its £259 million net profit after tax on £1934 million of revenue for the 12 months to the end of December, 2021, compared with a £155m net loss and £1965m, respectively, reported last year. The company, which took a £25m hit from a ransomware cyber-attack last September – a “pretty major bump in the road”, according to management – finished 2021 with a 22% bigger order book (£2196m) than a year earlier.

Stanton said equipment such as HPGRs that could cut energy use by 40% compared with milling alternatives were a key part of Weir’s “deliberate repositioning to focus on mining technology”.

“We are rapidly growing our installed base of HPGRs,” Stanton said.

“Over the last year we saw comminution orders increase by 60% as miners recognised the benefits of this more efficient and sustainable solution. In 2021 we won around 80% of the hard-rock expansion projects which specified high-volume, large-format HPGRs and with currently around £150m sales per annum comminution has the potential to triple on a sustainable basis over the next five years.”

Overall 2021 order momentum for the company was strong, “with a significant acceleration in Q4”, and demand for recurring aftermarket consumables had surpassed pre-COVID levels, Stanton said.

“We start 2022 with a record order book and market conditions continue to be favourable. Subject to ongoing geopolitical uncertainty, and with COVID-19, inflationary and supply chain pressures likely to persist, we currently expect to deliver strong growth in constant currency revenue and profit this year and further progress towards our medium-term performance goals,” he said.

“Longer-term, our mining technology focus places Weir at the heart of a multi-decade growth opportunity in partnership with the global mining industry as it delivers the minerals essential for the clean energy transition more efficiently and sustainably.”

Stanton said Russia and Ukraine contributed less than 5% of group revenue and operating profit, and his primary concern was for the 31 people working for Weir in Ukraine, and 276 employees in Russia.

The £10m first-phase delivery of equipment to Swiss-based Ferrexpo in Ukraine under a £36m (US$50m) order announced last April had been completed and there were no further deliveries scheduled until 2023.

Geographically, the expansion focus for Weir was “central America, eastern Europe, central Africa and central and SE Asia, where we are rapidly expanding our service footprint to support new mines and expansion projects”, Stanton said.

“During the past year we’ve opened seven new service centres across these regions including two joint minerals-ESCO service centres, as we leverage our complete mining technology portfolio into new markets.”

Stanton said Weir aimed to “have engineers on the ground no more than 200km from any customer”.