‘We’ve got an opportunity to dominate this market’: Chrysos CEO 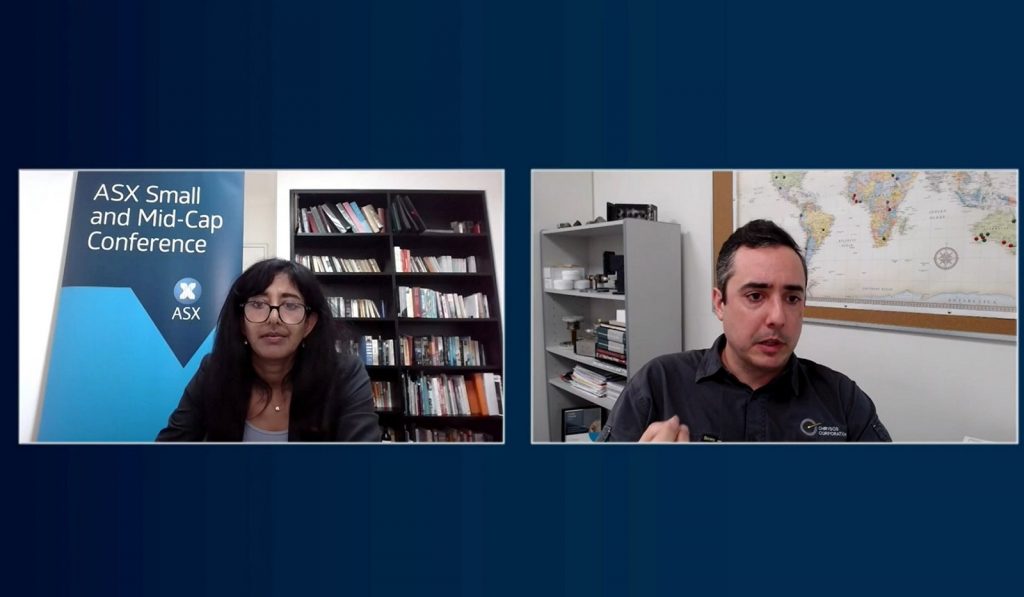 Leaders
Top image :
Chrysos CEO Dirk Treasure (right) speaks on the ASX Small and Mid-Cap stock forum
‘If something else does come along in gold analysis [it will be] competing with us rather than with fire assay’

Chrysos Corporation doesn’t see a current competitive threat to its PhotonAssay technology in the multi-billion-dollar global mineral assay market, CEO Dirk Treasure told retail investors on an ASX Small and Mid-Cap Conference webcast. “Right now we’ve got an opportunity to dominate this market and basically to become the incumbent technology,” he said.

“Our technique is patented around the world.

“There is a mosaic of patents built around this in gold mining countries and gold equipment manufacturing countries.

“So we’re not really worried about someone coming in and competing with us with something similar to what we’re doing.

“That’s not to say that sometime in the next 10 or 20 years someone isn’t going to come up with something completely left field that we haven’t thought of … [but] if something else does come along in gold analysis [it will be] competing with us rather than with fire assay.”