Wyoming RE demo plant could be operating in 2023 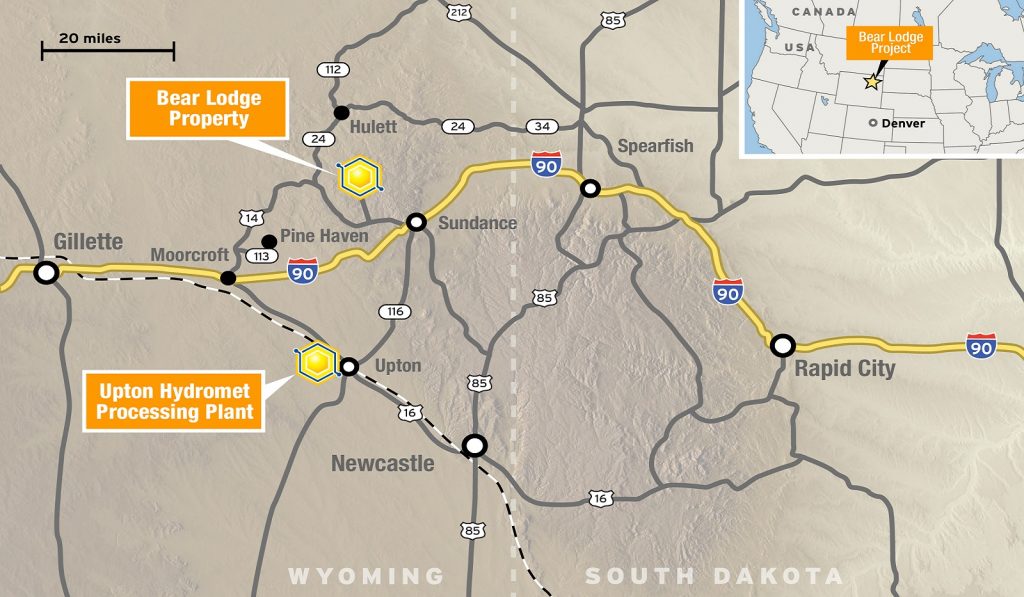 US rare earths microcap Rare Element Resources says permitting and licensing activities, and early expenditures for the acquisition of long lead-time equipment and services, have started after work on plant design for its proposed US$44 million RE pilot plant in Wyoming passed the 60% mark.

The company said the payments by partner and project lead, General Atomics – an affiliate of major RER shareholder Synchron – were being made in an attempt to mitigate potential inflation and supply chain bottleneck impacts.

The design milestone for the planned rare earth processing and separation demonstration project at Upton, Wyoming, had the project on course for completion of final detailed engineering work in 2022.

“We are very pleased that our rare earth demonstration plant project is progressing toward planned construction next summer,” RER CEO Randall Scott said.

“The General Atomics-led team recently completed a key design milestone with the Department of Energy, which is funding approximately one-half of the $44 million project budget.

“We understand the importance of this project for the establishment of a domestic rare earth supply, which is of vital important to our nation.

“We continue to work diligently with the State of Wyoming, the University of Wyoming, and the Town of Upton to ensure our demonstration project becomes a cornerstone for the rare earth industry in Wyoming and America, while providing a venue for worker training in rare earth processing and separation.”

The proposed demonstration plant will use RER’s proprietary processing and separation technology, which it describes as a closed-cycle process with fewer steps than standard RE processing, “resulting in expected attendant environmental benefits and lower costs compared with current technologies”.

The plant is expected to produce a commercial-grade neodymium/praseodymium (Nd/Pr) rare earth high-purity oxide used in production of high-strength permanent magnets. The magnets are a key component in the manufacture of electric vehicles and wind turbines, among other uses.

The demonstration plant will process stockpiled sample material from RER’s Bear Lodge project in north-east Wyoming, where the company is proposing to establish a small opencut mine and pre-concentration facility.

RER’s OTC-traded shares were down more than 7% Tuesday at US41c, capitalising the company at $87.5m.